If you think about a time when you have received useful feedback, what was it specifically that made it useful?

Just recently, I had a very technical presentation to a peer group and at the end one of the participants gave me some really useful feedback. He said, “your overall presentation was very organized and easy to follow because you had visual support and you walked us through each step.” Then he followed with, “you may want to consider increasing the volume of your voice so the people in the back could hear because there were times when we could not follow along because we could not hear you.”

Do you see how these two feedback comments included support for each statement made? My presentation was organized and easy to follow, BECAUSE of…  My voice was not loud enough so the people in the back of the room could not hear.  These are types of feedback comments that are the most useful to a speaker.  These are things that the speaker can do something about. It is not addressing the speaker’s behavior, it is addressing the speech itself.  As a speaker yourself, don’t you want to know what areas were strong and what areas you can improve upon?  I know that I do!

Here are some short tips to consider when providing feedback that is the most helpful to the speaker:

The basic idea of feedback is sharing information with the speaker about the speech — not giving advice. 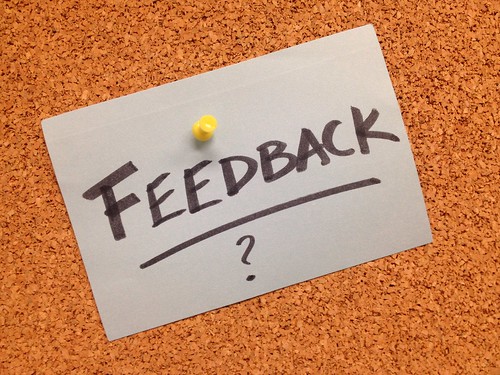